This is a part of a text that I wrote for the booklet about me that was published in France in 2021. Rachel Lawson had the good idea to translated it for Gecko Press's newsletter (NZ).

It has My books can start with an idea, a word or an image.Ideas come into my mind, and sometimes I feel—Ah! Here’s one that interests me! The important thing is that the idea feels original, a little absurd, like an open door that makes you want to explore a place.

Writing for a picture book is a little like writing for a film. The story must generate images with potential. For me that means I have to want to draw them. I have to feel that it’s possible to create exciting pictures from this story.

And of course there’s the story, the content. The main goal for me has always been to entertain—to amuse, interest and give pleasure. Quite an aim! I want to tell a story, but also—perhaps above all make people laugh 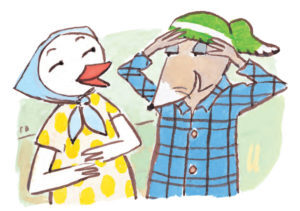 I love the absurd more than anything else. I’m looking for a slight shift from reality. There seems to be logic in my stories, but in fact I like the appearance of logic. I look for a scene, an exchange, that’s funny and poetic. To interest me, comedy must have a certain sweetness and great simplicity. 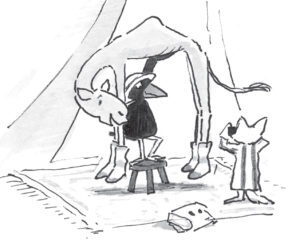 Sometimes the comedy is in the situation. In one of my early books, I came up with a character who is a coat rack (literally) and who is sent away because he’s too talkative for a coat rack. The coat rack is an idea, but it’s also very “drawable”: a word and a picture. 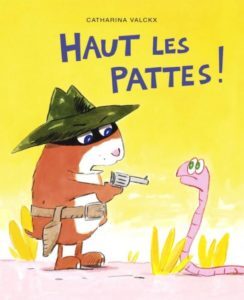 For Haut Les Pattes! (my best-known picture book in France) it amused me to adapt the expression “Hands up!” to the animal world.

This expression triggered the rest of the story. Jean-Claude the earthworm was born because I thought it was funny to say, “Hands up!” to an animal without arms (who looks dismayed). 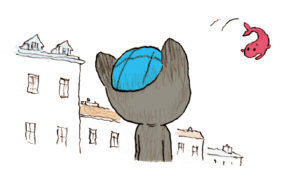 At the beginning of Bruno: Some of the More Interesting Days in My Life So Far, a fish appears swimming through the air, alongside Bruno the cat.

The cat says: “Hello. Shouldn’t you be in the water?”

“Yes,” the fish replies. “I can’t understand it. Something very strange is going on…”

That’s the kind of beginning I love: an encounter, a shift. 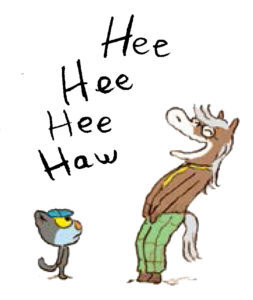 Apart from entertaining, I also stand up for values—almost inadvertently. Humour is a weapon of seduction.

The author Jonathan Safran Foer once said that the moral of his novels is in the care and love he gives to his characters. I remember the joy I felt when I read those words. Exactly that! All the respect and care given to people who are not perfect, who are doing what they can to get by in life—that’s also the moral of my books. (And of all the authors I love, when I think about it.)

I have a penchant for anti-heroes. The earthworm, the chicken, the mussel, the old pony, the fish, the slug, the cross-eyed dog, the snail, the moth, the dusty boar, the canary who mixes up words, the sock, the stone, the big fly, the naive, the talkative, the greedy one, the anxious one, the presumptuous one…

And I have a penchant for the improbable friendships between these very different characters. I like to create possibilities. 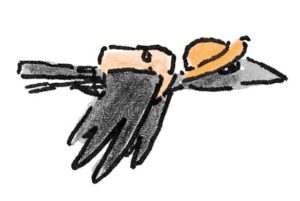